.The transfer portal can make bad teams good and good teams great. The ACC is looking to rebound and get back into National Championship contenders. Sports Radio America breaks down the biggest winners from the transfer portal for the ACC. 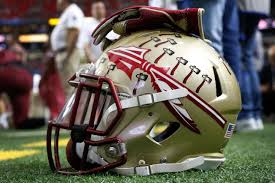 Mike Norvell seems to have this transfer thing down. Florida found big-time contributors in recent years, pulling All-ACC performers Jordan Travis, Johnny Wilson, Jammie Robinson, Jermaine Johnson II, Trey Benson, and Jared Verse from the portal. This year was no different. Virginia defensive back Fentrell Cypress II was a second-team All-ACC pick in 2022. He tied for first in the ACC with 13 pass breakups.

New coach Jeff Brohm isn’t wasting any time hitting the transfer portal. Since Jeff Brohm’s short time in being at the helm for the Cardinals, he has sured up an impressive defensive line He signed quarterback Jack Plummer to replace Malik Cummingham, who played three years at Purdue before throwing for 21 touchdowns and 3,095 yards at Cal last season. Plummer will have several new receivers to throw to with Georgia State transfer Jamari Thrash, who had 61 catches for 1,122 yards and seven touchdowns. Isaac Guerendo comes from Wisconsin and could become a starter.

The Hurricanes lost a lot of talent. Nineteen players exited, with three being full-time starters. But they upgraded the offensive line with Matthew Lee, a second-team All-AAC picks from UCF, and Javion Cohen, a second-team All-SEC pick from Alabama. Coming from Purdue was defensive tackle Branson Deen and UCF cornerback Davonte Brown. Terry Roberts from Iowa has battled injuries and could be a nice pickup if he stays healthy.

Tysheem Johnson from Ole was a late portal addition. He entered his name right before deadline day on January 18. A freshman All-SEC selection who registered 78 tackles, including four for loss as a sophomore in 2022, Johnson has up to two seasons of on-field eligibility remaining at his next stop.

The Keg of Nails Between UC and UofL Preview