Pittsburgh has played one bad game this season, losing, 26-21, to Georgia Tech at home. In that game, it outgained the Yellow Jackets by almost 100 yards and held them to a 26% Standard Down Success Rate — but the Panthers turned the ball over three times in the second half. They’ll now have one distinct advantage on offense, and that’s explosive plays. Pitt ranks 27th in offensive explosiveness, while Louisville comes in at 124th in explosiveness allowed.

The Panthers come into this matchup with a 4-2 record. The last time they took the field, Kedon Slovis went 15/28 with 170 yards through the air in a 45-29 win. He had a quarterback rating of 97.4 and 1 interception. Israel Abanikanda led the offense in rushing with 36 carries for 320 yards. At the end of the game, they ran 71 plays for 496 yards. Against the run, the Panthers gave up 126 yards on 30 attempts, which calculates to 4.2 yards per rush surrendered. Pittsburgh gave up 25 pass completions on 47 attempts for 277 yards and a completion rate of 53.2%.

The Pittsburgh Panthers are sitting at 35.0 points per game. As a unit, the offense averages 193.0 yards on the ground (33rd in D-1). The Panthers have earned 2,583 yards in total. With reference to the distribution of touchdowns, Pittsburgh has totaled seven passing touchdowns and 17 touchdowns on the ground. Pittsburgh has 138 first downs as an offense, and they have committed 47 penalties for 382 yds. They have turned the football over eight different times.

The Panthers rank 66th in the nation to opponent’s scoring, allowing 26.2 points per contest. The opposition runs for 3.9 yards per running attempt and 125.3 rushing yards per game for the campaign. During the season, they have conceded 752 rushing yards through 6 outings. Concerning passing yards, the Panthers have given up 1,271 yds which have them sitting in 27th in the country. They have yielded 211.8 yards per game through the air in addition to allowing a completion percentage of 53.5%. Overall, they have relinquished 337.2 yards per outing. They have surrendered eight touchdowns by air and nine touchdowns on the ground. 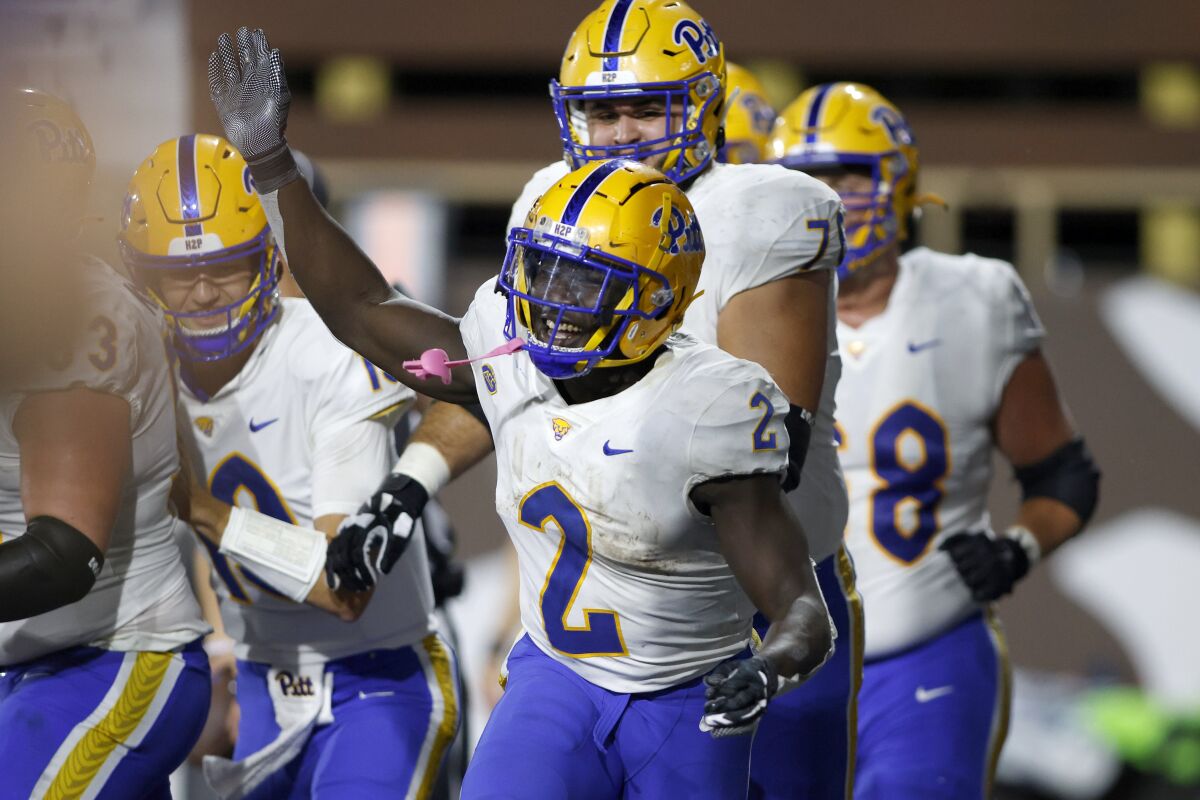 The Cardinals step onto the field holding sits at 3-3 this season. The last time they took the field, the Cardinals went home victorious with a score of 34-17 against the Virginia Cavaliers. Brock Domann (1 TD) ended the contest with 275 yds on 17/30 through the air while his QB rate was 131.3 as starter Malik Cunningham was hurt. He tossed two picks, and his average yards per pass attempt was 9.2. Trevion Cooley ran the football 18 times for 77 yds, ending the game with 4.3 yards per carrying for Louisville. \ The Cardinals finished the game with 473 yards and ran 76 plays (6.2 yards per play). The Cardinal’s secondary allowed a completion rate of 70.6%, relinquishing 313 yards on 24 out of 34 through the air. Louisville gave up 25 rushing attempts for 6 yards (0.2 yds per rush).

The Cardinals are ranked 77th in D-1 holding teams to an average of 27.7 points per outing. Over the course of the season thus far, the Cardinals have thrown for 1,380 yards through the air together with holding an average of 230.0 passing yards per game, ranking them 79th in the country. The Louisville Cardinals average 437.2 yards/game, ranking them 42nd in D-1. The Louisville offense has racked up 413 yds of penalties on 46 infractions, which is good for 47th in the country in terms of hurting your team. Pittsburgh’s defense has struggled giving up explosive plays in the run game, as its 120th in explosive rushing allowed. The defensive line has been getting a good push, though, ranking 11th in Defensive Line Yards and seventh in Stuff Rate. Expect a high scoring game. This is a tossup and will come down to limit their turn overs.

Can Scott Satterfield Keep his Job?