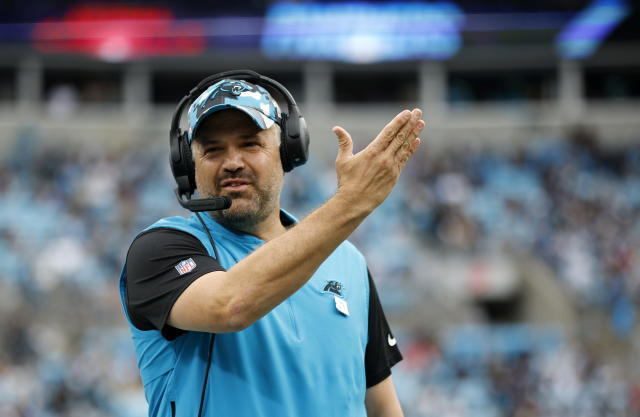 At Temple (2013-16) and Baylor (2017-19), Rhule proved to be a program builder. Rhule went 2-10 during his first season with the Owls. Then guided the team to back-to-back 10-win seasons in 2015 and 2016. Turning to college, if he returns, there is one coach in a particular school whose coach is on the hottest of seats. Now that Rhule is on the market, schools will be lining up to hire him.

Following an offseason where head coach Scott Satterfield made moves at the coordinator positions and worked the transfer portal to address several roster deficiencies, many expected the Cardinals to be competitive in year four of his tenure. They might not have expected to challenge Clemson. But there were expectations that Louisville would look much better than they had over the past two seasons. It seemed promising when Satterfield won the Music City Bowl in his first year. He finished the year 8-5, but those were not his players.

Inconsistent play has plagued UofL over the first six games of the 2022 season. The Cardinals currently sit at 3-3 overall. It has reached a point where many outside the program are waiting on when Satterfield should be let go. Satterfield is currently under contract through 2024, but the product has left more to be desired. He bought some time with the win over Virginia, but he has not pulled himself out of the muddy waters just yet. The University of Louisville, its facilities, fans, ACC TV contract, future schedule, and more sell themselves. If Louisville makes the decision to cut ties with current head coach Scott Satterfield, there are likely to be plenty of viable suitors for the position.

Matt Rhule would inherit a top 20-ranked recruiting class right now. Rhule could set up shop and get guys and be competitive in a conference where you do not have to face Alabama and Georgia every year. Louisville is in the Midwest, and regarding recruiting, Rhule has proven himself to be a capable recruiter. The Midwest is a region where he would have access to a lot of schools and could continue his recruiting résumé easily.

He would be in a respected conference, the Atlantic Coast Conference. With all these positives, Louisville could be a dark horse team to land Rhule. If he were to come to town, Rhule could build on the core of the foundation Louisville has already and take this program to 10+ wins a season, he has proven he can do it multiple times. He is a players-first coach. There were Temple players that cheered for him publicly when he left for Baylor, just hoping for his success. The college game has changed, of course. NIL and the transfer portal are challenges Rhule would have to adjust to, but there is no reason to suggest he would fail at that level.

Should Charlie Strong Make a Return?