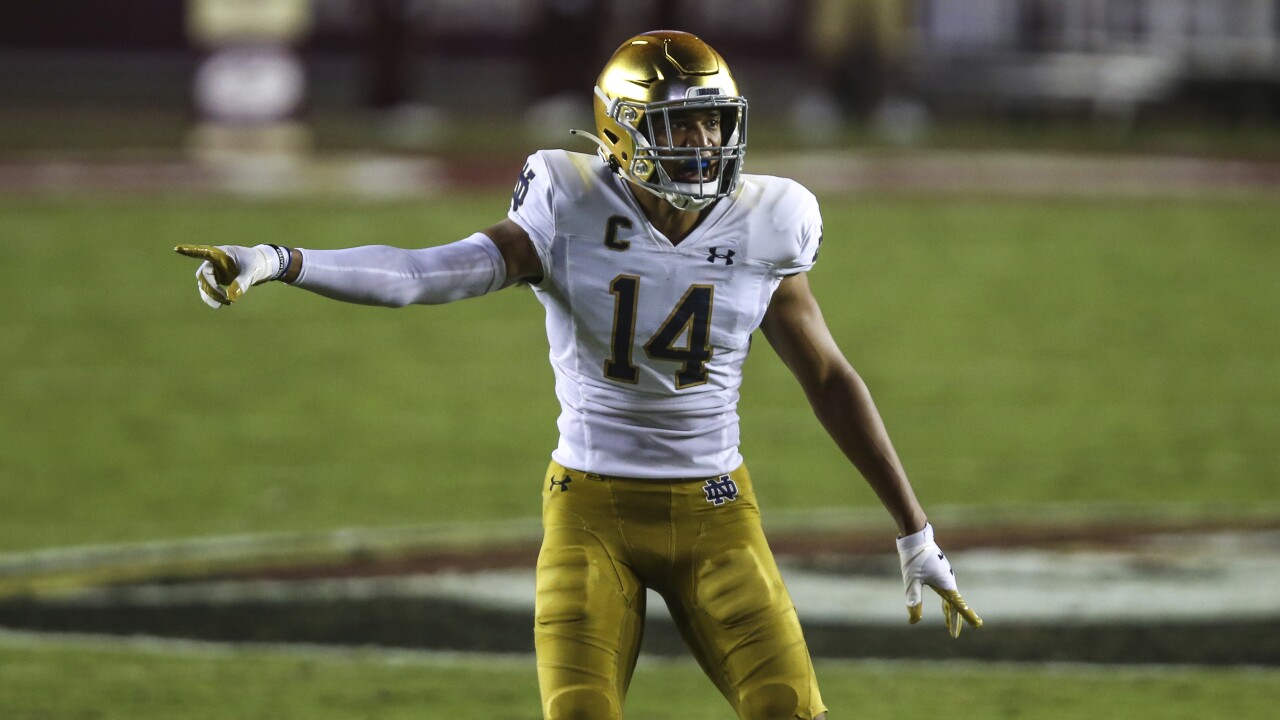 While Norte Dame football is not in the ACC, they mostly play ACC schools. The league is deep with impactful safeties who can fill multiple roles. Kyle Hamilton is so valued because he showed levels of impact across various facets of the game. His skills easily translate to the pros. Hamilton is not the fastest safety, but he is big. He is 6’4 and 220 pounds. The safety is smart and instinctive. The way Buffalo utilizes star safety Micah Hyde would be ideal for Hamilton’s style of play. Hyde is comfortable in any role but is especially good lurking in two-high zone sets.

Selected with the seventh overall pick in the 2011 draft out of Missouri by the 49ers, Smith was an immediate force with fourteen sacks in a rookie season in which he did not start a single game. A first-team All-Pro in 2012 with 19.5 sacks, Smith looked like one of the most promising players until off-field things got in the way. Johnson brings the same power, speed, technique, and potential Smith had at his absolute best. Johnson is a player who relies on his physical attributes instead of technique. It will not be a problem to start. But in the latter part of his career, he will need to improve. With forty-six pressures, Johnson ranked fourth in the ACC in 2021.

According to Pro Football Focus, Booth’s 70 passer rating allowed ranked seventh in the ACC last season with at least forty targets. The cornerback will need to clean up the tackling to thrive in such a zone-based system, but if he does that, watch out. Booth is best suited as an outside cornerback in a man scheme. Andrew plays like J.C. Jackson. Both players are versatile and relay on technique over being physical. Playing man coverage is what allows them to display their skill set.

Ekwonu is not the typical offensive tackle based on his size — 6-4, 310 pounds — but he makes up for it with his speed. He ran a 4.93 40 at the combine and showed quickness with a 4.73 shuttle and 7.82 3-cone. Because of his combination of speed and size, he is like Oklahoma offensive tackle Donald Stephenson. The 6-5, 312-pound lineman ran a 4.94 40 and had a 4.73 shuttle. Coming out of college, he was a versatile lineman who would be a standout blocker both in the running and passing game.

How Did Louisville Get So Bad?